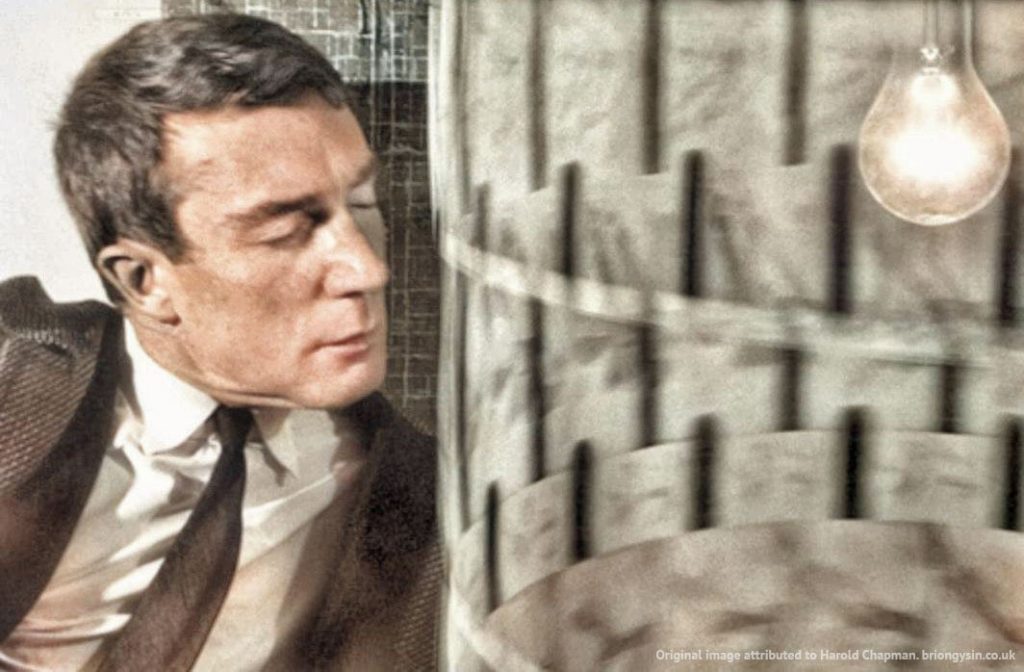 British photographer Harold Chapman lived at the “Beat Hotel” in Paris in the 1950s and 60s. While there, he photographed Brion Gysin and other guests, including: Allen Ginsberg, Peter Orlovsky, William S. Burroughs, Gregory Corso and Sinclair Beiles. The book of his photos, The Beat Hotel, is a collector’s item – selling for $2,250 in New York Sotheby’s in 1999.

About photographing Gysin, Chapman has said:
“It was a very small gallery in a tiny street not far from the Beat Hotel. I was just wandering around the streets and came across the open door where I could see Brion Gysin and the Dream Machine so I went in and he asked me to take some pictures which I did and they are the only pictures of Brion with his machine that I ever took. Later on, when putting the book together with Lagarde who was publishing it, we had a long argument… Brion insisted that it should be in the book that it was taken in the hotel, not in the Galerie Valerie Schmidt, or he wouldn’t contribute to the preface. Any time the picture of Brion sitting on the floor or also the ones taken close up were published, they were always written up as being in the Beat Hotel.”

Aged 90, Chapman gave an interview to Linden Hall Studio Gallery Director, Myles Corley. Chapman talked about his work, and time in Paris. He doesn’t mention Gysin in the interview but his first-hand account of his time at the Hotel is engaging – even though he’s amiably “fed up” of talking about that period.