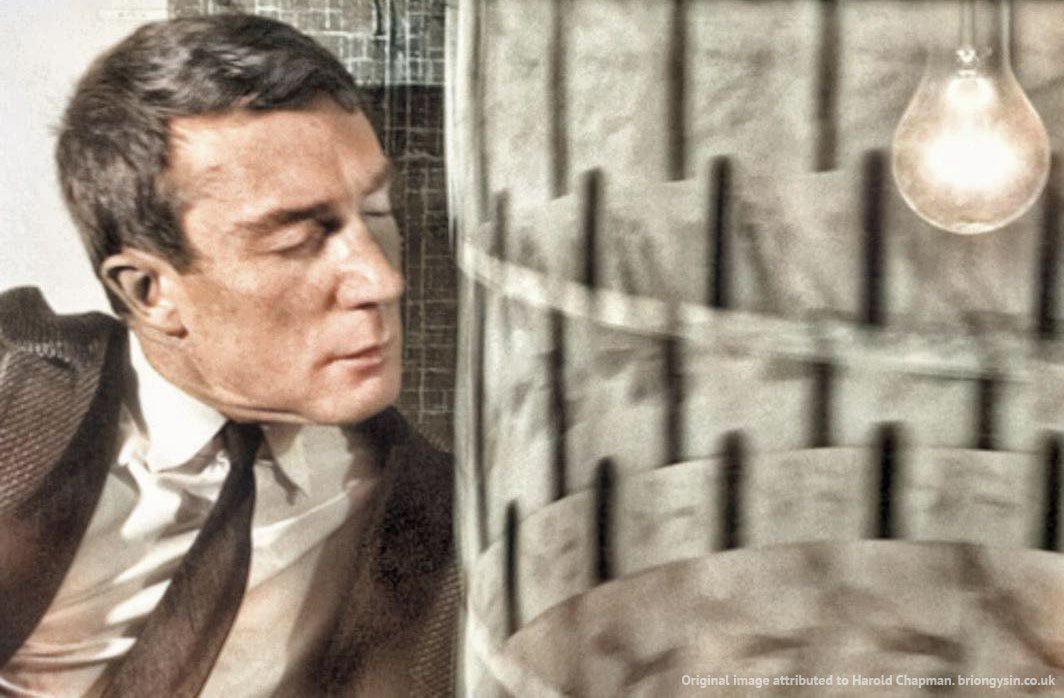 The multi-media artist Brion Gysin produced pioneering paintings, drawings, collage, sound, literature, music, performance and kinetic art. He mixed, combined and permutated his work, by hand, and by computer, 40 years before the internet sliced through our attention spans. He was well-connected, subversive, gay and often itinerant. He’s been anonymous, forgotten, and hugely influential.

In western popular culture, Gysin is best known for his friendship with the author William Burroughs, “discovering” the cut-up technique and creating the Dreamachine, “the first art object to be seen with the eyes closed”.

His hallucinatory calligraphic paintings are less well known but are still collected and exhibited. 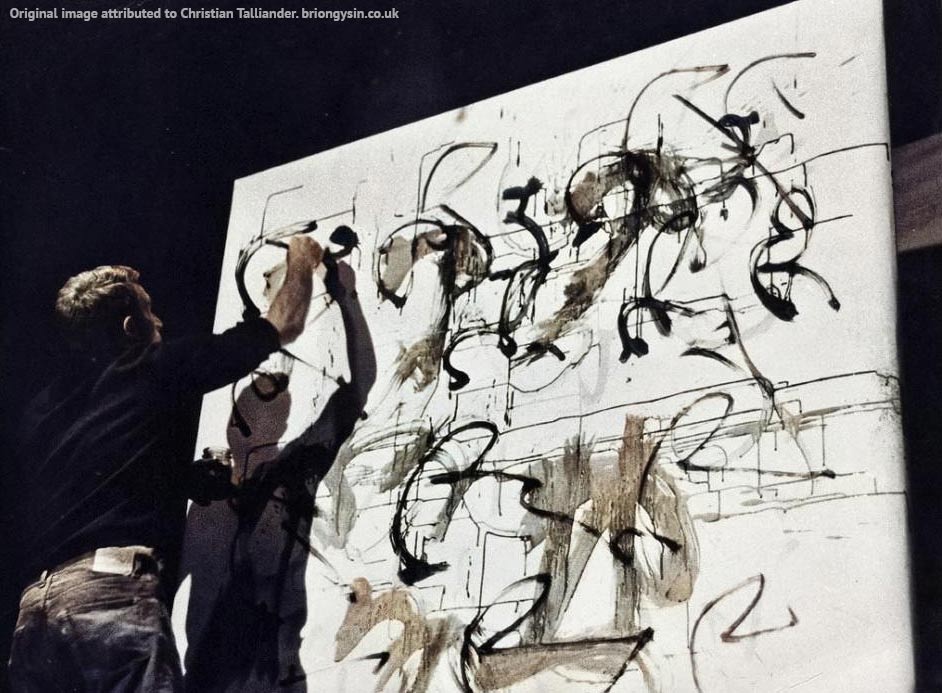 An extraordinary collection of mystical, and commercial, ideas about identity, language and control underpin Gysin’s art. Some of these ideas may still be relevant, diverting, and useful to some people, today.

“You know your music when you hear it, one day. You fall into line and dance until you pay the piper.”

See the blog for articles, videos and updates about Gysin.
The quotes pages will offer additional perspective.